A short history of the monofin 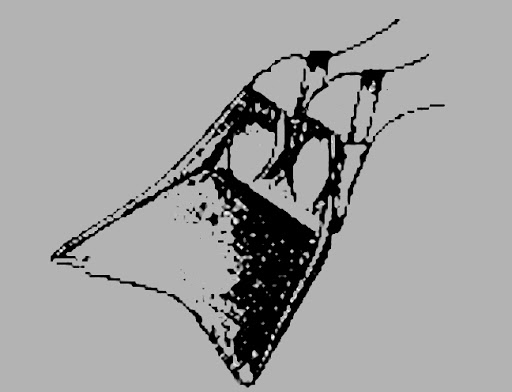 The first monofin was made by none other than de Corlieu himself.  In 1937, the director of the Pontoise swimming pool created what he called an “underwater school”. He asked de Corlieu to create a new model, the “dolphin”, and the first monofin saw the day (to the right an artist’s rendering of the de Corlieu monofin). It was not used for swimming competitions but rather for “underwater ballets” aiming at attracting the interest of the public to de Corlieu’s invention. 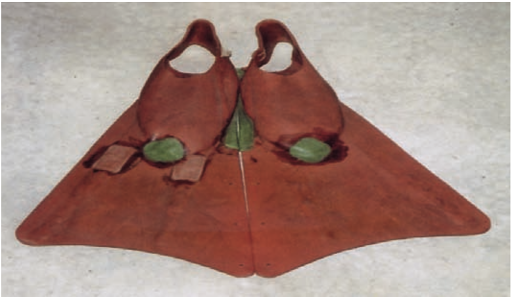 After the war an underwater photographer,  Kurt Schaefer,  created a first monofin by gluing together two standard fins. He improved upon this model by inventing a system by which he could attach to fins together (which also solved the problem of the correct spacing of the feet). It can be seen in the photo below worn by Scheafer’s sister. 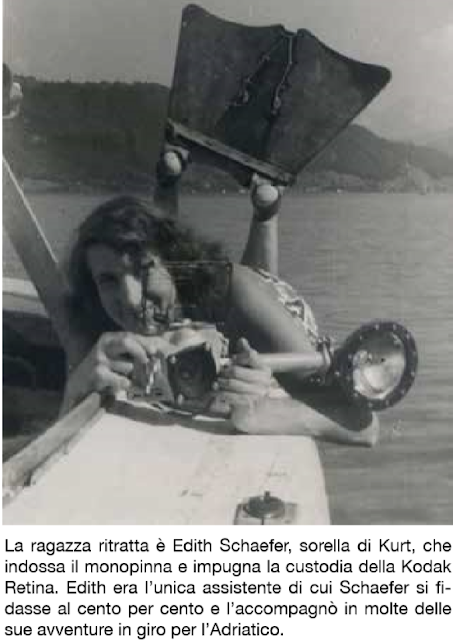 The founders of the diving equipment company Barakuda, K. Ristau and H.J. Bergann filed, in 1955, for a patent for a monofin. The patent was awarded in 1961 but it never led to a monofin production.

Soon after J. Chrstiansen also filed for a patent for a device allowing two fins to be attached forming a monofin. The patent awarded in 1965, did not lead to a production of a monofin. 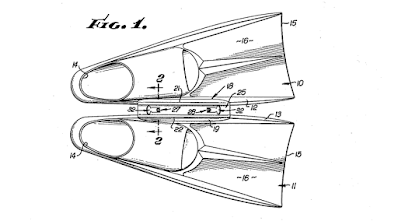 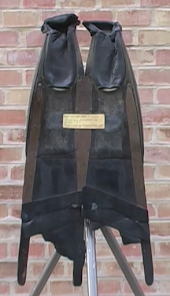 F. Pavone, who together with L. Ferraro is one of the pioneers of finswimming in Italy, and founder of the first italian finswimming club, the Sub Bologna, proposed, in 1969,  the first monofin meant for finswimming competitions. The so called “matrimoniale” was constituted by two long fins re-enforced with steel ribs and a rubber blade, attached together. Around the same time the company Nemrod-Metzeler submitted a patent for a monofin. Once more this monofin never entered production. 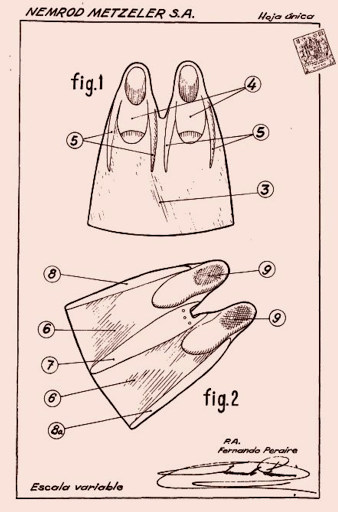 And now we enter the Soviet era of finswimming and the real invention of competition monofins. According to the soviet lore, the idea of a monofin stems from the movie “Amphibian Man” where the hero swims underwater in a dolphin-style undulation, albeit with two fins. In fact the first monofin was also produced for a movie, “Girl and the Sea”. It was reminiscent of a mermaid’s tail starting at the swimmer’s waist and ending with two attached fins. 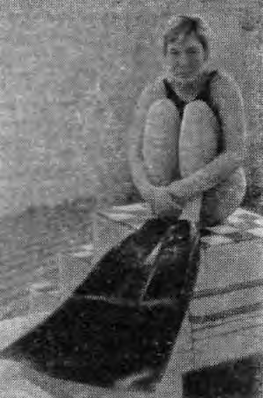 In 1968 B. Porotov made a first monofin from rubber over a titanium alloy frame. However the fin was not a success due to the fact that the tip was too thick. At about the same time E.N. Rekson experimented with two fins glued together at the footwear part while the blades were free. Observing the style of an athlete of Rekson’s, Porotov understood his mistake and produced a new fin with thinned-down tip. From 1969, Porotov’s athlete Nadia Turukalo started showing in practice the potential of the new fin. Porotov was convinced that the monofin was efficient only in underwater swimming and did not plan to let his athlete use it for surface events. However Turukalo having forgotten her bi-fins at the hotel she had to swim a 100 m championship event with her monofin and the result was that she broke the world record. 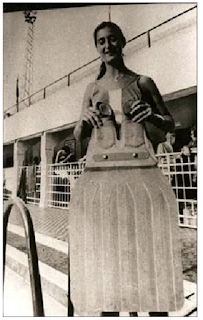 Starting form the following year, 1971, men started also swimming in monofin. Soon, with the team of Kiev, coached by G. Uspenskiy, giving the example, all the distances from 50 m to 1500 m were swam in monofin. However the use of monofin for surface swimming was hampered by a rule which obliged the swimmers to use their arms as if they were swimming with bi-fins. It took some time for this rule to disappear, replaced at first by an even more absurd rule (since it was creating problems for both swimmers and judges) obliging the swimmers to have one cycle of arm motion per pool length. Fortunately this rule was short-lived and its disappearance allowed monofin-swimming to reach an optimal style.

At the beginning the monofins were long and narrow, influenced by the bi-fin legacy. 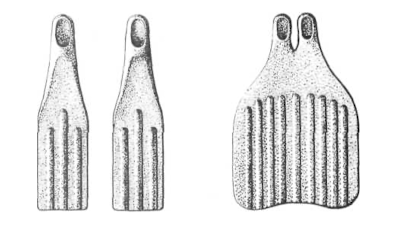 However their form soon evolved towards something more symmetrical and temporarily towards the end of the 70s, under the influence of Soutchkov,  towards a form more large than long.

And then the evolution stopped. The performances in finswimming continued to progress although at a slower rate. In the 90s a team of the SKAT club at Tomsk proposed an improvement of the monofin adding “wings” which were supposed to offer a more hydrodynamic shape. 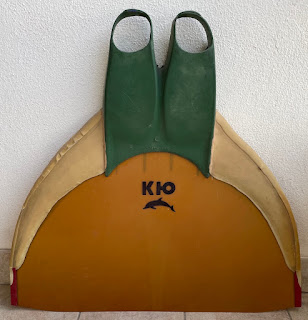 But this type of fins were not broadly adopted since they did not lead to a substantial improvement of performances. 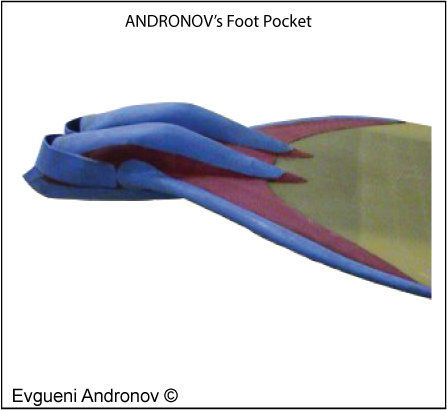 Finally, in 1999, a new monofin made its appearance. It was due to E. Andronov and was going to revolutionise finswimming. The 10-20 degree angle between the footwear and the blade (the angle was 0 before) allowed a great efficiency of the swimmer’s motion while minimising the strain on the ankle joint. Moreover the two thick rubber rails allowed to store more elastic energy, delivering it at the final downwards motion of the fin. As a result the performances in finswimming improved overall by more than 5 %, making a tabula rasa of the previous record lists. 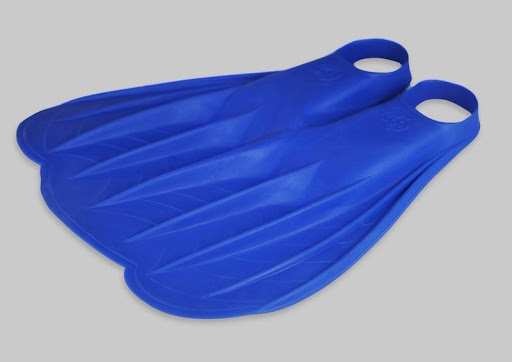 In 2017 O. Pudov introduced an all-plastic monofin, ideal  for training. The form is reminiscent of what could have been the first de Corlieu monofin (although, obviously, a modern version thereof). And so, the monofin history reconnected with its origins.
monofinhistory.blogspot.com